Sterilization destroys all micro-organisms (Tietjen, et al., 1992). It is the certainty that everything is killed. The term ‘micro-organisms’ covers a broad spectrum of pathogens, including bacteria, fungi, viruses, endospores and prions. Health officials have long been worried that the next deadly global epidemic- a slate wiper, as epidemiologists call it- would be a new kind of deadly flu to which humans have no resistance (Spaeth,A., 2004). Figure 1 below shows several TIME covers over the years, focusing on the need for stringent and effective sterilization measures. A hospital associated infection (HAI) is one who development is favored by a hospital environment. The CDC estimates that roughly 1.7 million HAIs cause or contribute to 99000 deaths/year. HAIs account for $40 billion in healthcare costs each year. In the wake of disasters like Hurricanes in Katrina and Haiti and any other disaster, infection-control is always a big issue. Thus, whether it be in a disaster scenario or on the battlefield or in a clinic in the city, infection-control is of the utmost importance. And for efficient infection-control, an efficient, easy-to-access, effective sterilization method is of paramount importance! 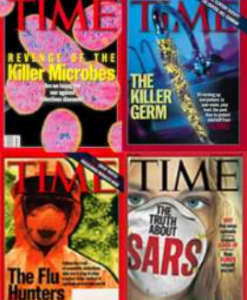 Figure 1: Stringent sterilization measures are the need of the hour, with the rise of several super bugs! 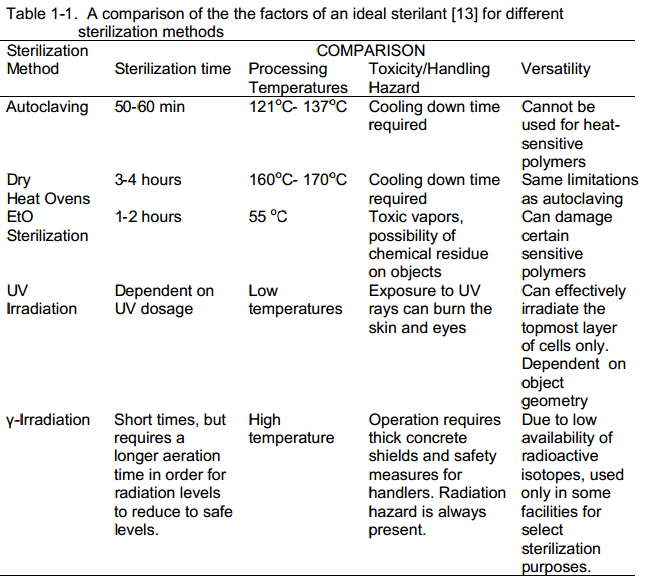 Dielectric Barrier Discharge (DBD) Surface Plasma –based sterilization meets all of the above requirements. The time scales of plasma sterilization range from 2-20 minutes. Since it is generated from air, once the plasma is turned off, ionized species recombine into components of air, which are non-toxic. Finally, because it is low-temperature and non-toxic, it can be used with a wide variety of materials, even heat-sensitive polymers. Dielectric barrier discharge (DBD) plasma is generated in atmospheric air by applying a potential difference between two electrodes separated by an insulating dielectric layer, as shown in Figure 2 below. The electrodes are usually made of a Cu-Zn alloy, while the dielectric can be different materials. Most commonly used dielectric materials used in our experiments were FR4 and a carbon ceramic laminate, labeled semi-ceramic. 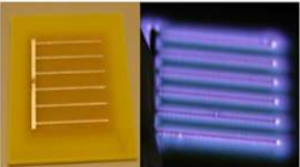 The core technology, using a relatively small, portable surface plasma generator, hereafter called plasma tile, is protected by issued and pending University of Florida (UF) patents issued to Dr. Subrata Roy, founder and director of APRG. The later part of the 20th century saw research in plasma-based sterilization gain momentum. The bulk of the research followed two paths: empirical analyses to determine the right mix of operational parameters for plasma generation to ensure effective sterilization and fundamental analyses to determine the mechanism of plasma-based sterilization. Through empirical analyses, researchers realized electrical plasma was lethal to a wide variety of pathogens, from bacteria like E. coli and MRSA [1], [2], fungi like yeast [3] and even spores like B. subtilis and G. stearothermophilus [4], [5]. Research conducted by Dr. Navya Mastanaiah (an APRG alumni) [6], [7] focused on understanding the mechanism of surface-plasma based sterilization as well as characterizing the optimum parameters required for efficient sterilization using these DBD plasma tiles. The DBD plasma tiles were tested against a wide variety of BSL-I and II pathogens such as E.coli¸MRSA, S. aureus and P. aeruginosa. In the case of BSL-I E. coli, the plasma tiles were able to achieve complete inactivation (reduction to 0, starting from an initial concentration of 106 cells) within 2-3 minutes. In the case of more stubborn spores such as G. stearothermophilus, the plasma tiles took longer (15-20 minutes). Figure 3 below shows survival curves for both these species (Note: A survival curve is a plot of the surviving number of pathogens after plasma exposure versus the time taken for plasma exposure).

Figure 3: Survival curves after surface-plasma exposure for (A) E. coli (B) G. stearothermophilus

In studying the parametric performance of these plasma tiles, we looked at other factors such as the effect of varying input voltage/frequency (i.e. varying input power), varying operating pressure etc. These results are further discussed in detail in Dr. Mastanaiah’s published thesis. Understanding the mechanism of the process is of paramount importance to knowing how to optimize efficiency and effectiveness of the surface-plasma sterilization process. Surface plasma, when generated, produces a host of agents such as UV photons, reactive oxygen species and a small amount of heat. In order to understand the mechanism, research conducted aimed at diagnostically characterizing each agent’s properties w.r.t to DBD plasma and thereby, isolating the effect of each agent on bacteria. For diagnostic characterization, spectroscopes, ozone-monitors and infrared cameras were used to map out spectroscopic, chemical and thermal characteristics of the DBD surface plasma generated. These research findings can be summarized in the following statements. 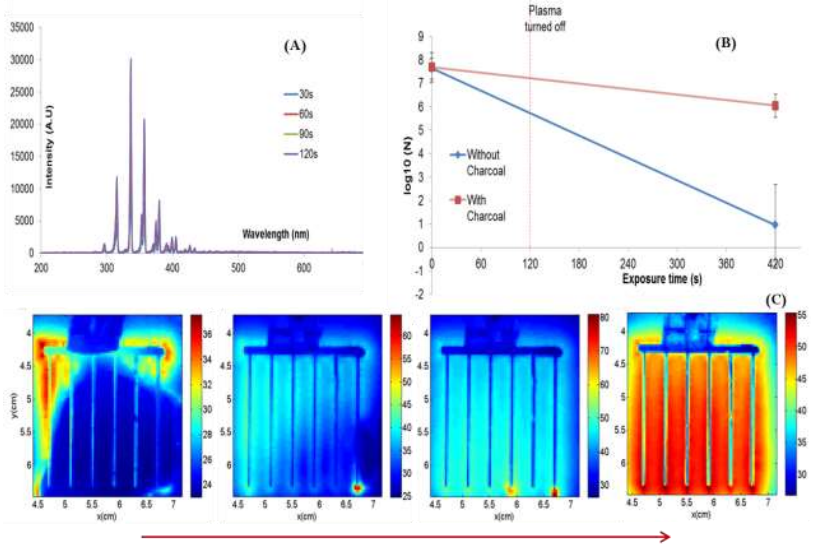 Figure 4: A short summary of the mechanistic studies conducted to understand surface-plasma based sterilization

– The spectroscopic plot, given above in Figure 4(A) demonstrated that no lethal UV wavelengths (<300 nm) were produced during plasma generation. Further microbiological studies confirmed that cells exposed to surface plasma were not being dimerized, thus eliminating UV-C as a likely agent.
– DBD plasma generators produced ozone in huge amounts. Ozone is known to be lethal to bacterial organisms, depending on the exposure concentration. Thus our ozone studies aimed to understand the trends of ozone production during plasma generation. Further, we conducted studies in which bacterial samples were exposed to normal surface plasma and surface plasma wherein ozone production was inhibited. One popular method of inhibition is to use activated charcoal. Our research showed that in the latter case, wherein activated charcoal was used to inhibit ozone production during plasma generation, very little bacterial inactivation was achieved. This is shown in Figure 4(B).
– Temporal thermographic mapping of surface plasma tiles during plasma generation are shown in Figure 4(C). Our research showed that the average surface temperature in the case of plasma tiles using FR4 dielectric only went up to ~54-59 °C , which is nowhere close to the temperatures required for bacterial death due to thermal denaturation. Furthermore, isolation tests we conducted, examining the effect of such temperatures on bacterial cells yielded very little bacterial inactivation.
Hence, through an extensive volume of research, we concluded that ozone produced during surface plasma generation plays a major role in effecting bacterial inactivation due to plasma exposure. Our research also point to the fact that there might be a synergistic role of ozone and temperature in the sterilization process. Thus, the road ahead is full of interesting questions to answer. With further research, the day is not too far off, when surface plasma sterilization will be implemented as a viable technology, promising safe, portable and fast sterilization.