Renewable drop-in fuels such as hydrogen, gasoline, diesel and kerosene may be produced through a number of different solar driven processes. (see figure below highlighting many of them). Solar thermal processes (bottom, highlighted in yellow) inherently operate at high temperatures and utilize the ENTIRE solar spectrum, and as such provide a thermodynamically favorable path to solar fuels production.

Research in the Renewable Energy Conversion Laboratory is focused on innovative approaches to energy conversion processes, primarily through solar thermochemical pathways. This involves research ranging from the discovery of redox active metal oxides (e.g. perovskites, doped ceria), the fundamental characterization of their thermodynamic and kinetic properties, and finally to the development of application scale technologies such as solar thermochemical reactors, solid oxide fuel cells and oxygen separation membranes. One current project that is funded by the Qatar National Research Foundation (NPRP ID 8-370-2-154) is focused on the solar reforming of methane to produce synthesis gas. 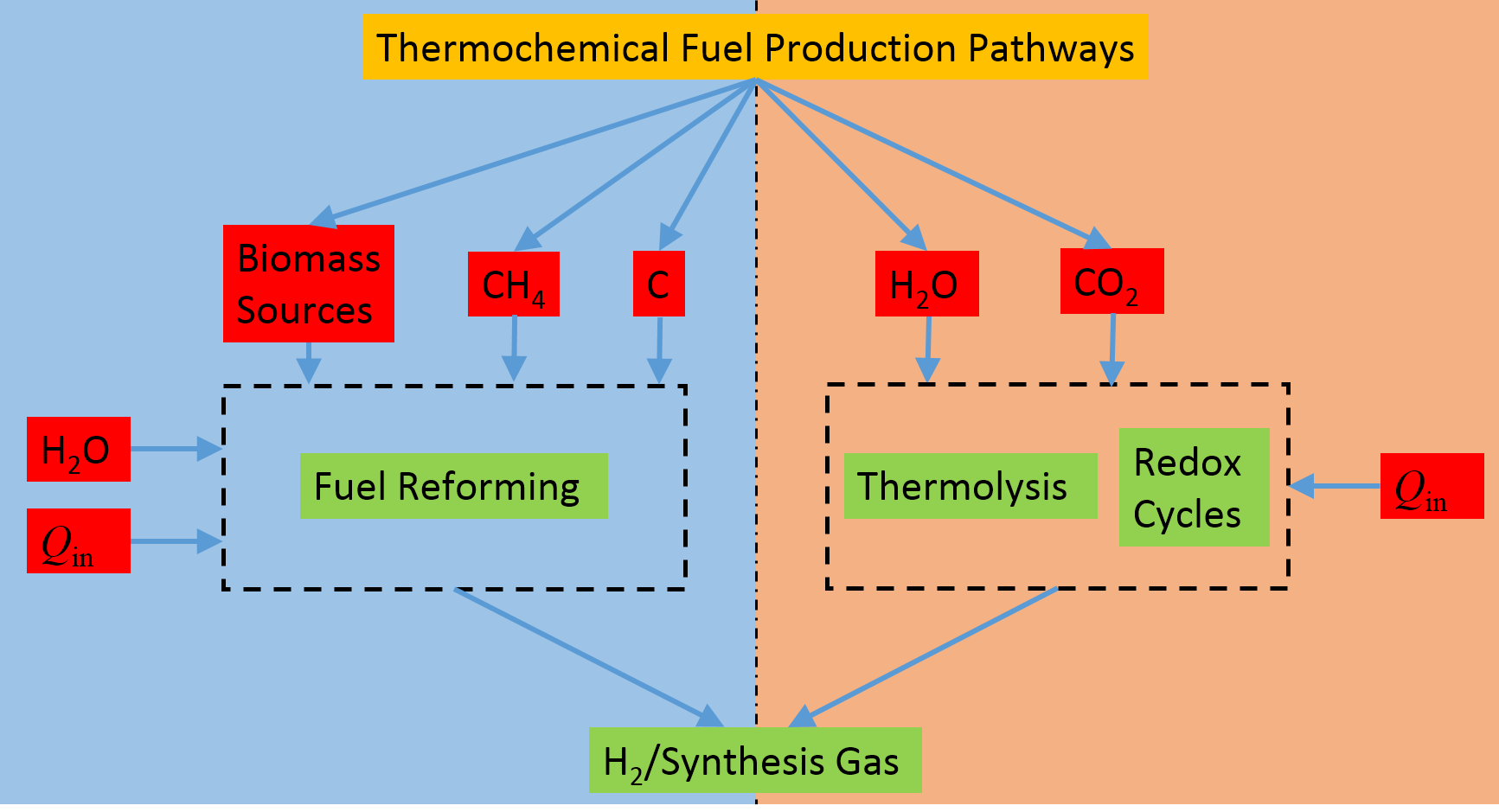 In addition to the aforementioned thermochemical pathways, the Renewable Energy Conversion Laboratory has an ongoing project sponsored by the Florida Department of Transportation (Task Work Order #977-78) that is focused on the development of solar and photoluminesent roadways for enhanced lighting and power production. The solar roadway development is in collaboration with Wattway of France – www.wattwaybycolas.com/en.