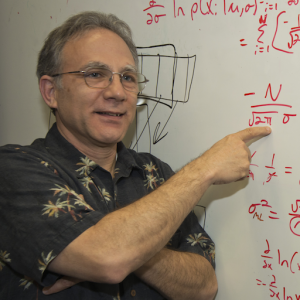 Paul Gader (Ph.D. Mathematics, 1986) is Professor & former Chair of Computer and Information Science and Engineering & an affiliate Professor in Environmental Engineering Science at the University of Florida. He was a Senior Research Scientist at Honeywell’s System & Research Center; Research Engineer & Manager at the Environmental Research Institute of Michigan; and a professor at Universities of Wisconsin-Oshkosh (Math), Missouri (Electrical and Computer Engineering) and Florida.  He was a Visiting Professor of Signal Processing at Grenoble Institute of Technology, France & Geography & Comp. Sci. at UC – Santa Barbara.

During his 34 year research career, his activities have ranged from mathematical theory to fielded, operational algorithms for machine learning using data acquired from sensors. He has been a leading researcher of algorithms for handwriting recognition & landmine detection and has worked on a number of other problems, some of which are highlighted here.

His PhD research focused on deriving matrix factorization & mathematical programming algorithms for mapping global transformations to locally connected, parallel architectures. He derived decompositions of Fourier & General Linear as well as Nonlinear Morphological Transforms of any size into a sequence requiring only local information. In the early 1990s, he led the development of a 5th ranked neural network handwritten character recognizer and a top ranked handwritten word recognizer in a NIST competition. In the late 1990s, he led teams that devised and implemented Hidden Markov Model and Possibilistic detectors in real-time on a Mine Detection System fielded in Afghanistan in 2008.  The system is featured in a National Geographic Television program: “Bomb Hunters: Afghanistan”.

He has been researching hyperspectral image analysis, a.k.a. imaging spectroscopy, algorithms since 2002 for agriculture, the environment, and national security.  His team collected VNIR LiDAR airborne data and built ground truth.  He has studied a variety of research activities in unmixing (an inverse-problem), dimensionality reduction, and classification using NASA and NSF big data sets and investigated hyperspectral and color imaging for ripeness, disease, landmines, and explosives detection.  He is developing physics-based, data-driven nonlinear, and hybrid computational models for hyperspectral unmixing.  He was general chair of the IEEE Workshop on Hyperspectral Image and Signal Processing (WHISPERS) in June 2013.  He gave tutorials on sub-pixel analysis (unmixing) at WHISPERS in 2016 and 2018.  He is also conducting research into understanding fish behavior using underwater acoustics and video.  The research involves segmenting and identifying sounds and identifying fish using spatial-temporal tracking.

He has worked with neural networks since 1990. He is researching a general problem, which is the inability of deep networks to behave in a stable, predictable way when presented with samples from unknown distributions.  This is sometimes referred to as competency-aware machine learning.

Dr. Gader has published over 100 journal and over 300 total papers, served for three years as a UF Research Foundation Professor and was named an IEEE Fellow in 2011.

In his free time, he plays saxophone in a big-band and a small jazz group and enjoys hiking in and observing nature. 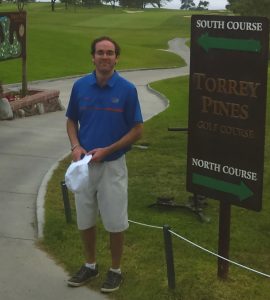 Ron graduated from the University of Florida in 2014 with a degree in Computer Engineering. He is now pursuing a Ph.D. focused on machine learning. His research interests include dimensionality estimation and remote sensing. Away from his studies, he enjoys spending his time on the golf course. 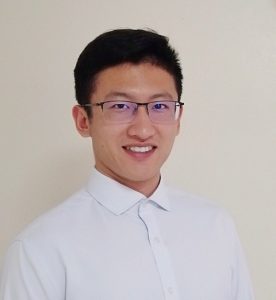 Yuanhang Lin earned a B.S. in Microelectronics at Xidian University, 2017. His research areas include machine learning and hyperspectral image analysis. 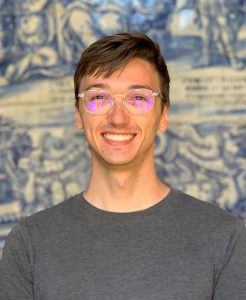 Nick completed his B.S. in Computer Science and Minor in Music Performance (Saxophone) at the University of Florida in 2018. He is currently pursuing a Ph.D. in Computer Science with a focus on machine learning, specifically explainable machine learning. He has experience with underwater acoustic anomaly detection, null space analysis of neural networks for outlier detection, and explainability for deep neural networks.

He’s also established a Slack community for explainable artificial intelligence (XAI) experts, researchers, and enthusiasts to collaborate, discuss XAI methods, and get help on challenging problems in the field. Interested in joining? Email us at ExplainableAIWorld [at] gmail [dot] com! 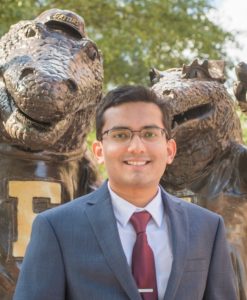 Aditya completed his B.Tech. in Computer Science from Jaypee Institute of Information Technology in 2017. He earned a M.S. degree from University of Florida in 2019. He is currently pursuing a Ph.D. in Computer Science with a focus on machine learning. His research interests are Image Recognition and Segmentation and Audio processing. He has worked on segmentation of cursive handwritten words. 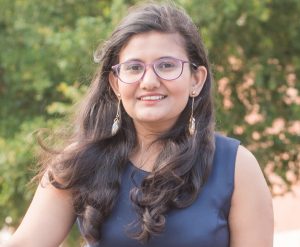 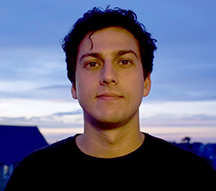 Alex completed his B.A. in Linguistics at the University of Florida in 2015. He is currently pursuing a Ph.D. in Computer Science with a focus on agent-based simulations, bioinformatics, and immunology. Alex is currently working with an interdisciplinary team that includes researchers from the departments of CISE, Mechanical Engineering, Material Science, Astronomy, and the Medical School. 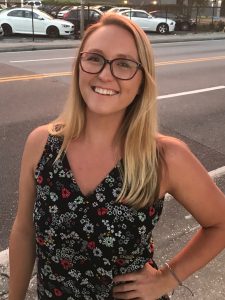 Lauren completed her B.S. in Marine Science from the University of South Carolina in 2015 and is currently pursuing her Ph.D. student in Coastal Ecosystems Dynamics with a focus on video and image analysis . She is studying boat traffic in the highly traversed Intracoastal Waterway through a solar powered video monitoring system to understand the interactions between boat wakes and coastal ecosystems. Lauren is working with the Naval Research Laboratory and the US Geological Survey to explore image analysis with the goal of creating a framework to automate data collection from video. 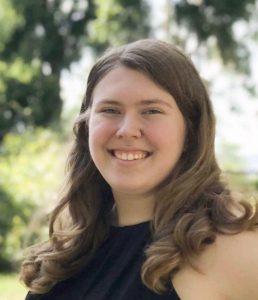 Emily is currently in her first year of pursuing her B.S. in Computer Science at the University of Florida. She is looking forward to exploring all that Computer Science has to offer, especially machine learning and application development. In her free time, she enjoys playing the flute and is currently training to become a certified service dog raiser.