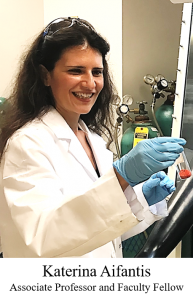 As I have followed a non-traditional academic trajectory and many are curious about it,  I have decided to share a brief version on how I was able to be the youngest PhD in the Netherlands at age 21, and also receive the prestigious European Research Council Starting Grant at 24 (the youngest at the time out of over 9000 applicants whose average age was 35; among them was the 2010 Physics Nobel Laureate Kostya Novoselov). I believe I remain the youngest recipient ever of an ERC grant, and perhaps one of the most successful, in my field, since I produced over 43 peer reviewed publications with my ERC funding; over 35 of these were with my colleagues who visited me at Aristotle University (AUTh) to work with me on the grant.

As the system typically does when it encounters something unique, it awarded me in its typical way. After my grant was successfully completed in 2013, the ERC Executive Agency (ERCEA), decided to request back the majority of the funds related with my collaborators at AUTh, with the excuse that they had no evidence that the collaborators performed their work on the premises of the university. As this argument could not hold, AUTh filed a lawsuit against the ERCEA at the General Court of the European Union. ERCEA contacted another European agency OLAF and in 2019, after AUTh won the lawsuit (and amidst ERCEA’s appeal), OLAF began emailing my collaborators, asking for proof, such as boarding cards and passport stamps, that they visited AUTh. Some did not reply, but everyone who did reply said that they worked and were paid by the grant. In 2020, OLAF released a completely false press release claiming, among other lies, that none of the researchers they contacted knew they were affiliated to my ERC, and that I mishandled the funds that were allocated to them. This was not possible, as the university was solely responsible for handling, and administering the grant. And I was responsible for the scientific aspects and had to follow all administrating procedures of AUTh, which is what I did. In 2021 AUTh won the appeal that ERCEA had filed.

Over the course of my grant I co-authored with the collaborators, which OLAF claims did not know were affiliated to my grant, over 35 peer reviewed articles all of which clearly acknowledged that the work was funded by my ERC project, and these articles are included in public databases under my colleagues’ names. Despite being in a relatively un-ranked university, I was able to produce double the size of publications (including a book) that other ERC holders produced in top European Universities, with worldwide rankings.

I know exactly the internal ERCEA and university politics that led to treating one of the most successful women engineers and ERC grant holders this way.

In ending the overview of my experiences in academia so far, I would like to briefly mention what resulted in my unprecedented, for such a young age, achievements. As I excelled in high school, I was given the opportunity to enroll for a few classes at Michigan Technological University (MTU) at 16. During my first year at MTU I was finishing first in my calculus and chemistry courses so by 17 I became a full-time university student. I decided to study engineering, out of pure curiosity to learn about the development of gradient plasticity by my father (Professor Elias C. Aifantis), as I always had to compete with it for his attention. Since, gradient plasticity was not covered at the undergraduate level, and I was going to obtain my Bachelor’s while still a teenager (at 19), I decided to apply for a National Science Foundation Graduate Research Fellowship for pursuing my PhD. 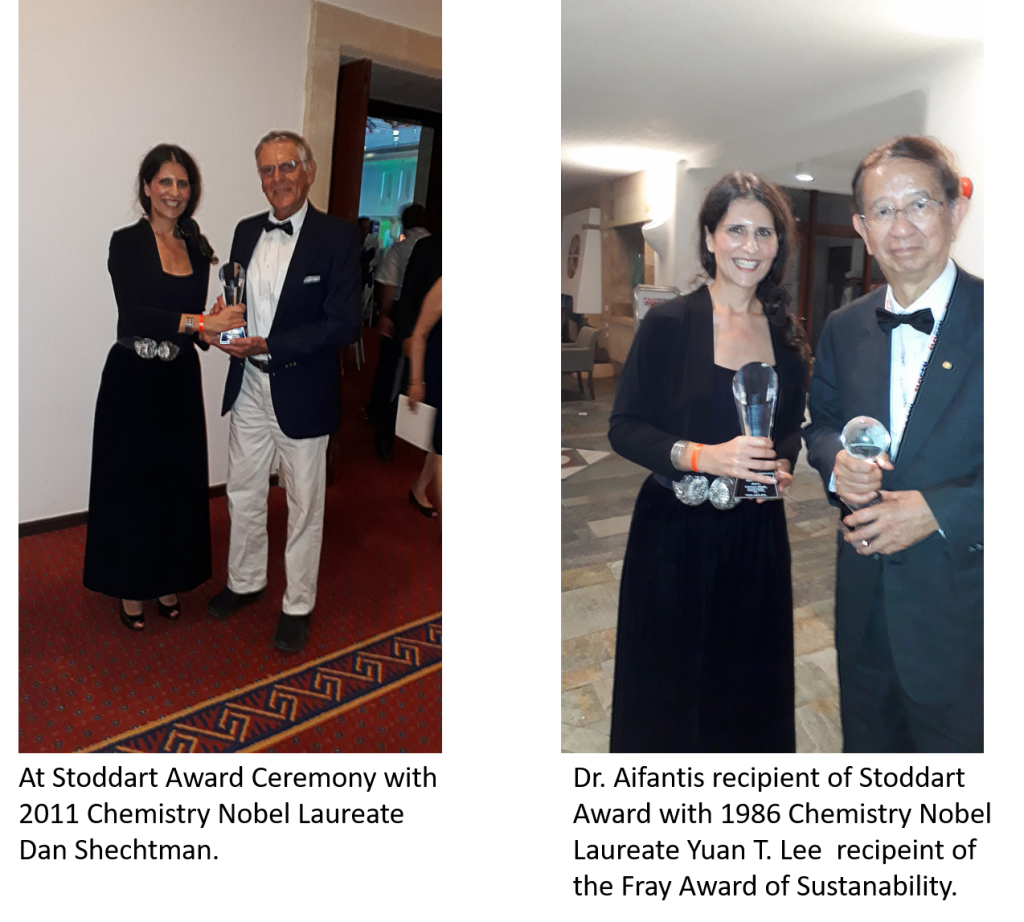 With my NSF grant, I began in October 2003 my PhD in Engineering at the University of Cambridge with Professors Norman Fleck and John Willis. Since John did not have any other graduate students, and he was very interested in interfacial gradient plasticity I ended up working with him in the Department of Applied Mathematics and Physics (the department that holds Isaac Newton’s professorship). During this time I finally learned about my father’s work, and began to love research as much as he did. I spent many nights sleeping under my desk, as I was too tired to walk back home, and I could not have peace of mind until I solved the equations I had to. As a result, after a few months, in May 2004, John told me I was ready to obtain my PhD, but Cambridge had a 3-year residency requirement. We agreed then that I could obtain my Master’s from Cambridge, by using in my Master thesis some of my initial results, and save the bulk of the interfacial gradient theory we developed for my PhD thesis which I would complete at another European university, with no time restrictions.

Over the previous summer I had met Prof Jeff De Hosson from the University of Groningen, and had kept in touch as he was quite interested in doing experiments for interfaces; in fact, he had co-authored a paper with Willis about 15 years earlier. I, therefore, contacted Jeff and he said if we could do an experiment to complement my theoretical work from Cambridge I could compile all my articles into a PhD thesis, since in The Netherlands as long as one had a Master’s, there was no residence limit. One could give their PhD thesis examination as soon as they had sufficient publishable research results that were approved by the advisor and committee. Within a few months after joining Jeff’s group we were able to obtain experimental data that were in precise agreement with my theoretical predictions, and therefore I was able to defend my PhD in April 2005, still at the age of 21, becoming the youngest PhD ever in The Netherlands. Four chapters of my thesis were from 2 papers with Willis that were accepted for publication, another chapter I would later publish on my own, and the final chapter was based on the experimental work I did with Jeff, which also resulted in two separate articles, as Jeff and I did not agree regarding, which experimental data corresponded to the physical mechanisms the theory could capture. I insisted to have my view in the thesis, to which Jeff agreed to and I am always thankful to the scientific freedom he gave me.

The 1.5 month prior my PhD defense was of the most stressful ones, as my father who was in Greece had to undergo emergency surgery for a slipped disk at his neck. I rushed to be by his side, and therefore I had to finalize writing my thesis in Greece. I am indebted to Avraam Konstantinidis now a professor at AUTh, as he took care of printing the thesis and mailing the copies to Groningen within the required deadline.

More information of my life in science can be found in the interview below from 2018.

Katerina E. Aifantis focuses on understanding the behavior of nanomaterials and their applications in energy storage and biology. She uses theory, experiments and simulations for developing experimentally validated theoretical models which can predict the material behavior and tailor it depending on the particular application. Her current interests are in capturing the effect of grain boundaries during deformation, fabricating next generation electrodes for Li-ion and Na-ion batteries, and using nanostructured materials for deep brain stimulation and tissue regeneration. Her work is funded by the Department of Energy and the National Science Foundation.