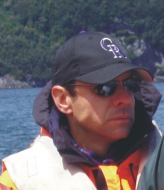 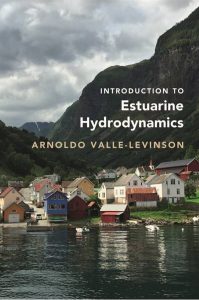 Dr. Valle-Levinson came to University of Florida in August 2005. Throughout his career, he has carried out observational and theoretical studies on exchange processes in semienclosed basins. His work has concentrated in the hydrodynamics of fjords, as well as of temperate, subtropical, and tropical basins.

Dr. Valle-Levinson is interested in studying the effects of bathymetry on volume exchange at the mouth of semienclosed basins, with emphasis on estuaries, fjords, coastal lagoons and bays. As part of these studies, he investigates the effects of the forcing from wind stress, density gradients and tidal stresses. He has proposed a classification of semienclosed basins that considers these forcings plus the depth and width of the basin.

Moreover, he seeks to understand processes that favor ocean water intrusion into freshwater aquifers and estuaries. He is investigating secular variations of last-century sea level and their effects on saltwater intrusion.

Dr. Valle-Levinson has also investigated the potential impact of exchange processes on nutrient fluxes, harmful algae and ichthyoplankton transport. He has carried out research on the role of transverse circulation and vertical mixing in estuarine transport processes.