We are interested in methodologies to minimize psychoacoustic annoyance through sonic boom propagation through the atmosphere using nonlinear propagation algorithms. We wish to understand the effect that adverse weather has on sonic booms. Psychoacoustic annoyance metrics are developed by external groups, and we hope to connect the source of the sonic boom from the supersonic aircraft to the annoyance model while taking into the effects of turbulence and weather. 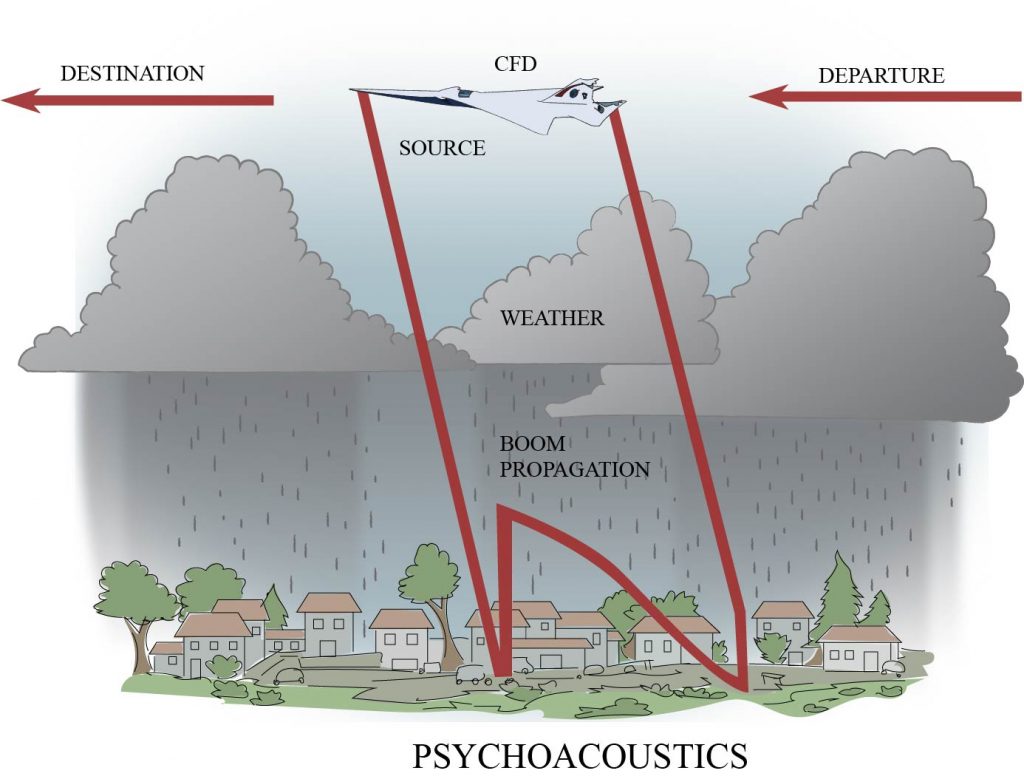 When acoustic waves propagate to a far away observer or are initially large enough in amplitude they contain nonlinear effects. Alternatively, propagation of shock waves or sonic booms, through the atmosphere of Earth or another planet, require special mathematics and computational algorithms. We have developed specialized analytical methods to characterize the source of waves that propagate in a nonlinear fashion. Pseudo-spectral methods have been developed to predict the propagation of both linear and nonlinear waves through the atmosphere. We are further developing analytical methods to predict the sonic boom directly from aircraft. These new methods can potentially reduce the required computing resources in the design process of future quiet supersonic aircraft.